I stumbled upon TNT’s promotion for a 12-hour marathon of The Closer starring Kyra Sedgewick when following the U.S. Open Tennis Championships across the channel landscape from CBS' New York affiliate to cable’s USA Network. The actor's name flashed onto the screen, catching my eye as she recently starred in Loverboy, an indie film based on a book by the mother of one my daughter’s classmates. This, it occurred to me, was an event that I would never, in a million years, have thought to participate in. I was invited to spend an entire half-day in a space created just for me! How could I resist?

The Closer marathon is a perfect example of points Sharon Zukin raises in The Cultures of Cities. For example, the consuming of what an authority has defined as “culture” in one’s own living room, which is, after all, the ultimate gated community. It is an ironic sharing of a private moment with the millions of others simultaneously watching the program. The “symbolic economy” is on grotesque display as Time Warner, one of the world’s largest media companies, literally sells tickets into my home so corporations can bombard me with highly-produced images of what someone has decided are beautiful people.  They use MasterCards to consume products they can’t afford, maintain trim figures by eating Lean Cuisine Microwaveable Meals, enjoy menstrual periods courtesy of Playtex Gentle Guide Tampons and drive through urban jungles in tanks with the luxuriously misleading nomenclature of Audi Q7 SUV. I have been deluded into thinking that I have framed my personal space, when in reality my home is designed for the ease and comfort of those who want to take my money, or more accurately, money that I expect, but have not yet earned, or maybe don’t really expect to earn, but will spend anyway. I am at once the consumer and the consumed. I am viewing the installation even as I am on display.

And it is a Faustian bargain to which I am an eager signatory. I get to control my interaction with otherwise invisible immigrant workers, who deliver my meals and laundry with highly accented cries of “deliver for too gee.” I convince myself that I am safe from intrusion, while making myself vulnerable to what is a most invasive violation of my privacy by the world’s most powerful institutions of higher deception. I sit in an overpriced leather recliner, with piles of half-read New Yorkers to my left, a glass of German stout to my right and realize that I am paying more attention to the commercials than the television show. Is this, too, by design? Do disingenuous promises of the good life have more relevance for me, an African-American man, than a program about a post-feminist white female police inspector transplanted from the genteel south to the rough streets of L.A. and the sexist ranks of a paramilitary government organization? Is her ability to parry subtle, and not so subtle, verbal jabs from a racially diverse contingent of large gun-carrying men enough to make me identify with her underdog status? The answers are yes, yes and yes. 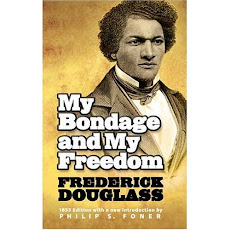 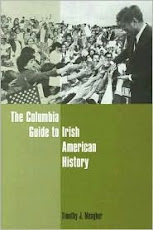